Cryptopia Review: Is it safe or a scam?

Cryptopia is arguably one of the most prominent cryptocurrency scams of this decade. The losses sustained on account of this crypto scam make it one worthy of note. One to pick lessons from against future occurrences of such scam schemes to come.

Many cryptocurrency scams that have peaked the news to ploy people into the loss of their crypto assets. From the onset the platform was a disaster. We can note many similar crypto scams. The Bitcoin rush scam of South Africa for example. This one that fits in this category. The same trend can be noticed for virtually all crypto scams of this age.

However, the Cryptopia scam was just a victim of the unfortunate ploy of hackers who stole the assets of crypto traders on this platform. This crypto scam is one that resulted from inefficient security. Along with poor provisions to the funds and algorithm of a trading platform.

Before it folded up, this crypto trading platform had as many as 1.4 million registered users, and their assets were in the millions.

The path to the folding up of the Cryptopia platform started subtly, and it was almost unnoticeable for the average user of its platform.

The Cryptopia scam held close to sixteen million dollars’ worth of Cryptocurrencies. Victims were worldwide being held ransom on Cryptopia. The management of Cryptopia is currently under investigation. They have agreed to cooperate with the authorities to sort out this scam.

It is almost impossible to string on the hope that traders will get their funds back. Many other crypto platforms that have witnessed similar hacks. Some larger, some smaller. Like Cryptopia many never got back on their feet.

Cryptopia held a lot of crypto assets in its hay-day. The Cryptopia platform began operations in 2014. It had risen the ladders of both value and popularity. Becoming one of the most famous New Zealand crypto exchanges. You can still see posts to this day of many past users who praised them. Right before the collapse, see this Reddit post: “Cryptopia is a Scam”

The exchange platform launched a new Cryptocurrency asset in 2017, one which was supposed to be pegged to the value of the New Zealand Dollars (NZD).

Launching the new cryptocurrency asset in 2017 called (NZDT) New Zealand Dollar Token. Cryptopia’s invented crypto-asset brought this platform to the limelight. In a matter of a few years, the user base of the Cryptopia platform shot up in multiples.

As a matter of fact, at some point in the time of Cryptopia, this exchange platform stopped taking trades. Crypto removed certain crypto assets to focus on the active trade execution of its other assets.

Looking at Cryptopia we can see this was a few friends trying to start a home business. It was an idea that got out of hand. Later falling into the hands of scammers who hacked its platform. Making away with a large sum of crypto tokens. Thought to be in the realm of about twenty four million dollars (USD 24,000,000).

The logo of the Cryptopia Crypto exchange was one that depicted simplicity and was quite easy for traders using its platform to recognize. No one would have suspected any foul play around this exchange platform based on the look of its logo or even its platform.

In the bid to make trading a more convenient experience for traders on its platform. Cryptopia created a trading bot section that would help its traders execute algo trades. The guidelines for the operation of the Cryptopia trading bot were those set by the trader. The terms and guidelines the traders used could vary greatly. It was an attractive feature of Cryptopia. The users like it a great deal.

On the other hand some would have suspected that this trading bot was a scheme. One by which the NZDT inventors were out to rob people of their funds. Prior to this, traders on its platform at the time of its operation had no scam related issues. Nothing registered any such activity on their accounts. More so, the use of this trading bot on Cryptopia accounts was free of any charge.

The Cryptopia crypto exchange also had the option of a mobile operation at the time of its service. A nice feature was Cryptopia being available on mobile. This made for easy viewing on your phone or tablet. The availability of a mobile trading option shot the user base of Cryptopia up in no small figures.

The hassle of constructing a Crypto exchange platform to conform both with a desktop and a mobile device is no small feat. No preplanned crypto scam would spend the time creating such. Once again showing they were more incompetent then scammy.

Although a lot of people have lost their tokens to the Cryptopia scam. The investment that was put into it’s design. Along with the smooth operation of this platform. Suggests that it’s not one that was meant to be a scam from the onset.

Trading on the Cryptopia platform like most other credible Crypto exchanges involves a registration process. The KYC process confirm the identity of prospective traders. This is to keep bots and fraudsters out of its systems and trade environment.

At some point in the time when Cryptopia was still functioning. The platform was ranked the 90th Crypto exchange in the world. This Crypto exchange platform allowed traders to engage in P2P (Peer-to-Peer) trade orders.

The design was in order eradicate the role of a third-party to investment trade actions. The Cryptopia platform had a market place as well. This allowed traders to place their Crypto assets on sale. Kind of an internal market place for direct transactions between traders.

The Cryptopia market place was the apt place to buy Cryptocurrencies at the time when it was still functioning.

Another thing that distinguished the Cryptopia exchange platform were low fees. They charged one of the lowest fees in the Crypto exchange market.

THE CRYPTOPIA SCAM: THE WORK OF INSIDERS?

Many have speculated that the Cryptopia scam is the work of the administrators of this platform. A lot of investigation has gone into the hacking.

With around twenty four million just going on walk about and still nobody has a clue. No one has been able to ascertain that the administrators of this platform were the ones responsible.

In finance there is no lack of such fraud as seen even by some of the biggest guys such as: https://smartoptions.io/jp-morgans-silver-manipulation-will-they-finally-put-them-in-jail/ of which we highlight across the board white collar crime on an everyday basis.

From gathering and piecing up the facts, we can assume the administrators incompetence. The cryptopia exchange platform were just victims of a loophole in the security of their own creation.

Cryptopia may not be coming back anytime soon. After the hack, many were looking for an exchange similar to Cryptopia in scope. It was too unique in it’s features.

If you are a crypto trader seeking features similar to those of Cryptopia, then check below:

The above will help you combine some of the features no longer available, due to the Cryptopia closure.

THE FUTURE OF CRYPTOPIA TRADERS

From the facts gathered around similar Crypto scams in times past. We find it is highly unlikely that traders will get their funds back from this scammed exchange. However, there have been some Crypto exchange networks that bounced back on the strength of the profits they made in times before their platforms were hacked. Don’t count on that happening here.

The administrators of this platform have promised to find a way to reimburse its traders. Hot air like these fat bloated game playing millennial trash. The creators of this exchange are examples of a lost generation. Their only talent was to be loser F ups that lost people’s money.

In the end, the fat losers below should likely be sued into bankruptcy or imprisoned, but that is solely my opinion.

It is, however, advisable for traders to seek out other proficient Crypto exchange platforms for their trade orders. Some formidable alternatives to Cryptopia have been listed in this article. However, it is up to you to make your choice of exchange. It is also highly advisable that you make proper research on the exchange platform before placing your investments on its platform. 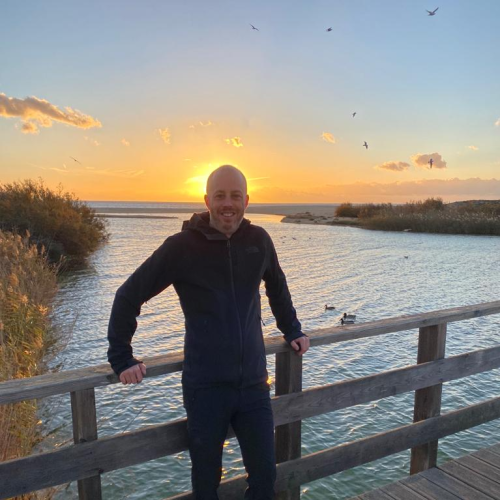 RisingSun
A creative entrepreneur in the tech space, whatever that is as long as we keep the human connection. I love to learn new things, Hands-on Crypto enthusiast with an interest in investing in general. Accepting the world for what it is and learn from its history. Anything you can say has been said already we only change the wording to the times we live in.