What Are the Best Stable Coins?

On May 22, 2010, a Florida man spent 10,000 BTC for two pizzas from Papa John’s. Although this was recorded as the first-ever crypto transaction for an actual good, it looks like a rather regrettable purchase now. Especially because 10,000 BTC equals millions of dollars now. But buying those two pizzas wouldn’t be so regrettable for Laszlo Hanyencz today if he used a stable coin to make the purchase.

The crypto industry has grown unprecedentedly in the past few years. Yes, a lot of factors have contributed to this enormous growth rate, including crypto’s decentralized nature. But if there was one thing holding people back, it has to be market volatility.

Stable coins solve this problem. Continue reading to learn what exactly is a stable coin and what are the best stable coins to invest in 2022.

What is a Stable Coin?

Stable coins are just like other cryptocurrencies, only that their value is not volatile. This means their values stay pegged to the value of an external factor such as another fiat currency. This gives stable coins the much-needed ‘stability’ as a store of value that a medium of exchange needs in order for transactions to take place.

The advent of the stable coin has changed the crypto landscape dramatically. Previously, crypto owners couldn’t hold crypto assets without worrying about them falling in value. They had to convert crypto to fiat in order to hold it, and the conversion process can be very expensive and inconvenient.

With stable coins, you can hold your assets within the crypto world with the stability of a fiat currency, bringing the best of both worlds to you. Plus, stable coins are also easily accepted by regulators because stable values make it easier for an altcoin to stay compliant.

Enough definitions. Let’s dive into the 6 best stable coins in the market without further ado.

USDT is named Tether because it ‘tethers’ or attaches itself to the US Dollar. It was launched in 2014 with the name RealCoin and at the time of the launch, it was stated that its value will always stay tethered to 1 USD.

Its market cap is currently $76.3 billion and is known as one of the first stable coins to enter the market, this also makes it the largest stable coin. This is also why Tether needs to regularly report its USD reserves, in order to prove that it can stay pegged to the USD.

Tether is also known for its security and seamless integration with various crypto exchanges and wallets. According to Tether, it allocates equal USD fiat to its reserves whenever it adds USDT into circulation, ensuring that the altcoin is backed by cash and equivalents.

USD Coin is one of the most popular stable altcoins after Tether. Just like USDT, USDC is also pegged to the value of US $1. It’s much newer to the market, being introduced in only 2018, and has quickly risen to top spots on cryptocurrency charts.

Its current market cap is equal to $42.2 billion and operates on multiple blockchains including Ethereum, Algoland, and Solana. USD Coin is backed by Coinbase, which claims that the stable coin has attained regulatory compliance. This stable coin is not widely exchanged, accepted for payments, and is being used increasingly in decentralized finance.

This stable coin is backed by Binance, the world’s largest crypto exchange. BUSD was launched in 2019. Its supply is limited by monthly audited USD reserves which makes it one of the most protected cryptos to invest in.

Along with Paxos, Binance is one of the founding members of this cryptocurrency, which not only adds to its credibility but also has extra perks like free exchange services. BUSD currently has a market cap of $14.4 billion.

TrueUSD is yet another fiat U.S. dollar coin pegged to the USD at 1:1. It was first launched to limited investors at the start of 2018 and has grown to a market cap of $1.2 billion as of Dec 2021.

TrueUSD is one of the many stable altcoins introduced by TrustToken, which also has other stable coins like TrueAUD, TrueHKD, and TrueGBP. TUSD is ‘regularly attested’ which makes it one of the most transparent and secure altcoins. It is also known for its high liquidity as it offers high-interest rates and very low transaction fees as compared to fiat money wire transfers.

Known as the Paxos Standard previously, this coin is also pegged to the US $1. It operates on the Ethereum blockchain and is believed to be one of the top fiat-collateralized stable coins that eliminate international transaction fees.

It currently has a market cap of $9.45 million, and because it’s pegged to 1 USD, the circulating supply is also 9.45 million PAX. Although it offers lower transaction fees and is available on almost all exchanges, its low return on investment is why we’ve ranked it at the bottom of this list.

TerraClassicUSD is an algorithmic and decentralized stable coin from the Terra blockchain. It had a market cap of $9.1 billion when this article was originally written. But it crashed in May 2022 to a mere $290 million.

The defining features of this coin used to be its scalability, interchain usage, and interest rate accuracy. As the name suggests and like all other stable coins we’ve talked about, UST was too, pegged to the US $1. But it lost its peg and its price fell down to $0.02 as of May 2022.

Stable coins don’t get you the best return on investment, but they sure are the best medium of exchange in the crypto market. Now that you know what stable coins are and which ones are known to perform well, you can enter the crypto market without having to worry about volatility.

Ahad Waseem
A linguistic engineer who writes to solve problems. Ahad is a cybersecurity, blockchain, and business writer who often takes on art, politics, and economics too. He’s written for various tech publications and has reviewed quite a lot of software over his career. When he’s not writing, he’s probably on horseback, caring for his houseplants, or training Bonsai trees.
You might also like
CryptocurrencyCryptoINVESTING IN CRYPTOCURRENCIES
MORE
Read More
Top 10 Crypto Hubs in the World
Read More 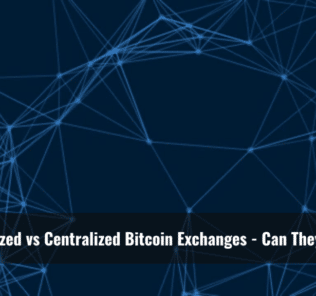 Decentralized vs Centralized Bitcoin Exchanges – Can They Co-Exist?
Read More 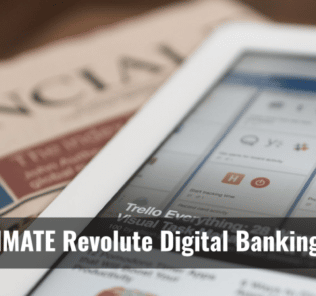 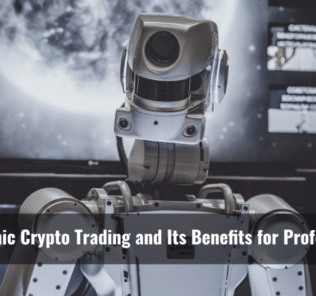 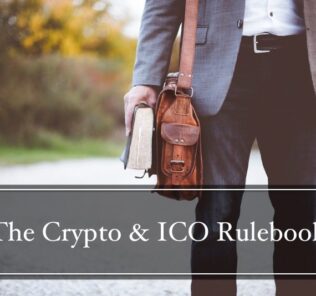 How To Start With NFTs
Crypto Signal Providers Ranking
BitMEX Signal Providers Ranking
Discord Signal Providers
The Best Crypto Exchanges
Auto Trading BOTS
Compare
Go
We use cookies on our website to give you the most relevant experience by remembering your preferences and repeat visits. By clicking “Accept”, you consent to the use of ALL the cookies.
Do not sell my personal information.
Cookie settingsACCEPT
Privacy & Cookies Policy